My friend discovered a dinosaur & now it’s named after him!

Rockwatch > Blog > My friend discovered a dinosaur & now it’s named after him! 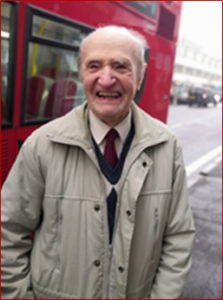 Discovering a dinosaur must be every fossil-hunter’s dream, right? It’s a dream that motivates many young geologists to pursue a career in palaeontology, the study of dinosaurs.

We’re excited to announce Week 7 of our Dig Deeper series as the first of our planned Geological Tales, capturing the story-telling behind many geological discoveries. In this presentation, fossil expert and Rockwatch supporter, Robert Chandler, charms us with this tale of an amazing discovery by friend and fellow geology club member, Bill Walker.

Robert takes us back to the time of the discovery in the 1980’s and shares details about Bill’s important fossil-find and its huge scientific significance.

In fact, the discovery was literally enormous – Bill had not only discovered a brand-new species of dinosaur – it was one of the biggest meat-eating dinosaurs ever! Imagine that – Bill had hit the jackpot as far as fossil finds go!

But the rewards for the discovery went far beyond the discovery itself. They were immortalised in the naming of the dinosaur after its discoverer, Bill Walker. And if you want to know what the dinosaur was called, you’ll have to read the tale to find out!

Read My friend discovered a dinosaur and now it’s named after him by Robert Chandler.