Solving the Mystery of Piotr’s Crystal Rock from Herne Bay 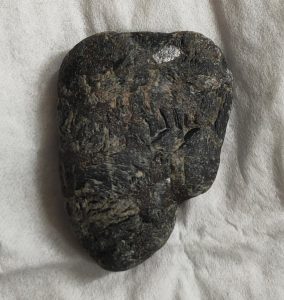 Rockwatcher Piotr was intrigued to learn more about the mixed-looking rock he found at Herne Bay East Cliff Beach in Kent, England. Describing the rock itself as ‘unusual’ and the location of the find as a bit of a ‘mystery’, Rockwatch Ambassador, Michael pieces together a number of clues to help identify the rock and its possible origins to help solve the mystery.

Michael’s approach to identifying Piortr’s rock is rather like a detective meticulously hunting for clues. By picking up on its characteristics and its composition, Michael is able to eliminate certain types of rock and minerals in favour of others until he is able to draw his conclusions on what the rock might be.

And like all good detective mysteries, there’s a bit of a twist to this case about how the rock came to end up at  Herne Bay in Kent. Although 60 per cent of the Earth’s crust is formed of igneous rock, this particular kind is not native to this part of England. Here, Michael hypothesises how it might have reached these shores.

You can read the full ‘case file’ on the Fossils Found by Rockwatchers page.

If you have an interest in problem solving and a hunger to solve geological mysteries then fossil hunting could be right up your street. See what clues might help you to identify your find and if you’d like some guidance, you can submit a find for identification here.